While I was busy judging a Photo Contest, my phone rung, on the other line was Ruben Lacera Jr. asking me it i can joined them. They were at the Movenpick Resort and Spa Cebu.

I said yes i can, thinking that it was just a Press Con, and of course lunch. I informed Ruben that i would be done in less than and hour, and hung-up and go on with the judging job.

Several minutes later another call from Ruben came-in, asking me if i want to be picked-up by the Hotel Car, i replied that am good taking the cab, then he told me that its an overnight stay, so i asked for another hour, to go home and pack an overnighter.

After am done with the judging stint, my co-judge and Cebu’s Top Photo Journalist Tatay Tony Despojo offered me a ride home. in less than 10 minutes upon my arrival  in my house in Urgello, i am “packed and ready to go”. Boarded a cab to Punta Engano. 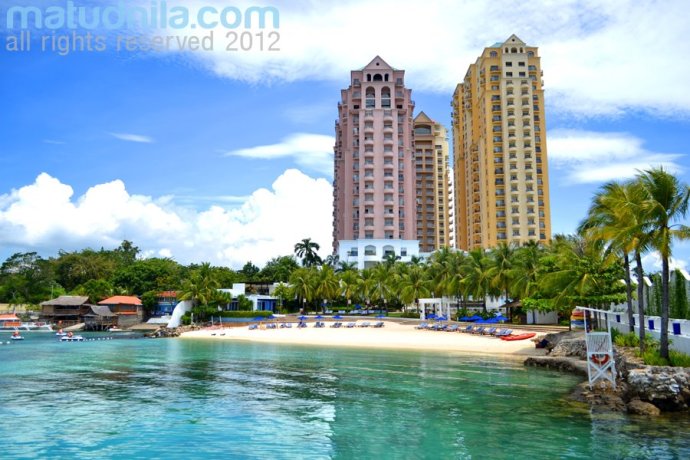 Upon arrival at the Hotel, the Bell service informed me that the Media and Blogger Group had already left for Cauhagan Island. And i was ushered to the front office for check-in procedure. I send an SMS to Ruben informing him that i am yet to have my lunch, which he replied “that is all taking cared of, somebody would take you for lunch.”I was given my card key and was informed that i shared room with Blogger Miong.
It never bothered me being late for the Cauhagan Island trip, i was tempted to the queen size bed, and the LAN cable the would allow me to do my favorite pastime, Facebooking.
Droped my bag, went down for lunch, had Miso Soup and Salad, and ordered Grilled Salmon. But as i was dishing into my salad i was informed that Lapulapu City Mayor Paz Radaza had sent a jet ski or waverunner to be precise. The excitement over that fact of cruising the Hilutongan Chanel on a jet ski made me forgot the Grilled Salmon.
The Jet Ski ride, from Movenpick to Cauhagan Island last approximately about half an hour. Upon my arrival the group were about to start with Lunch, but they did not allowed me to take the my seat without asking me Historical perspective of the Island’s name.
Lunch was hosted the Mayor, which include: 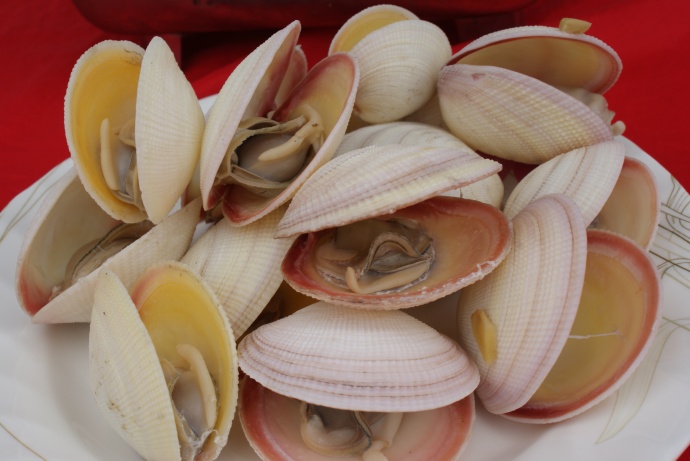 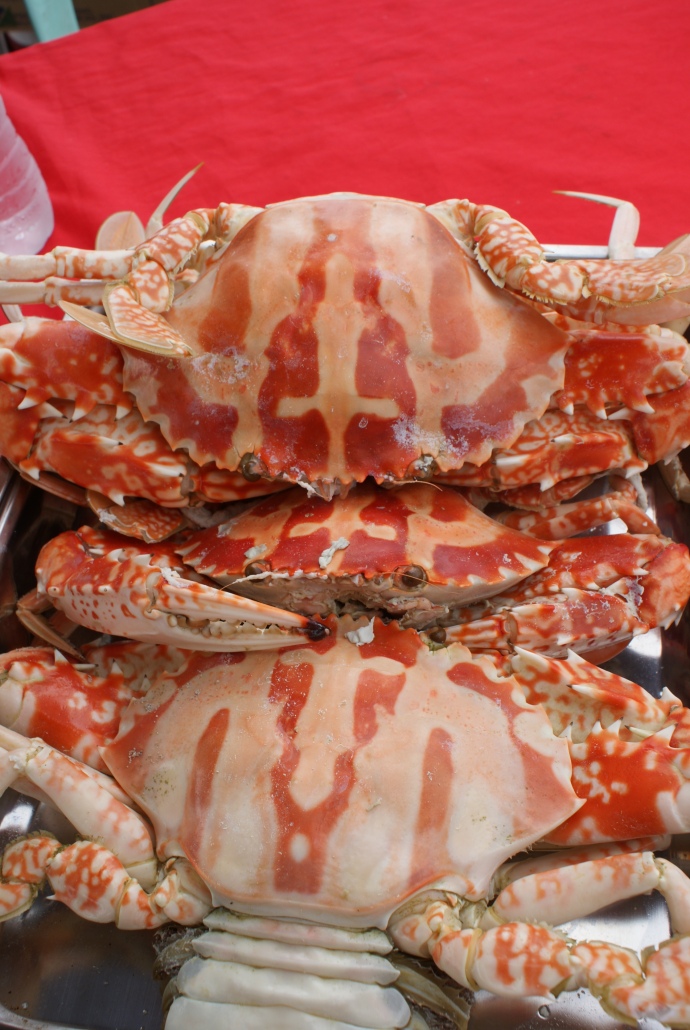 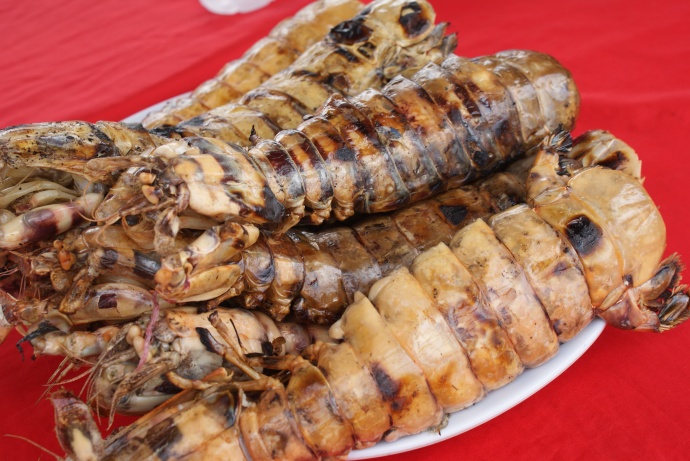 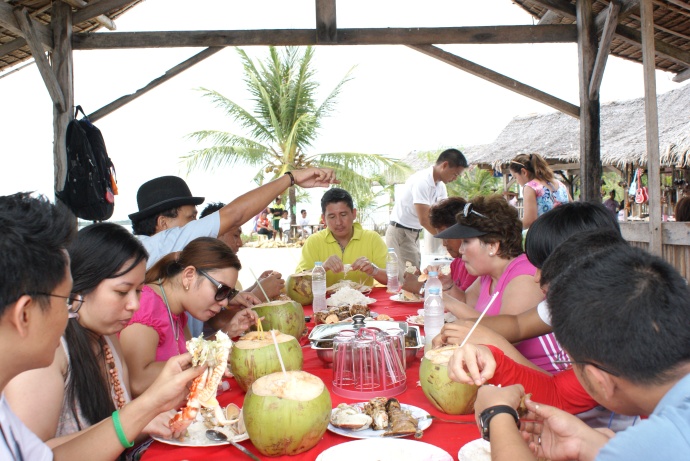 After the sumptuous Seafood Lunch, we went to the other side of Cauhagan Island to play with the waves on-board the waverunner.
While some went on the jet ski some care to stay to hear His Story 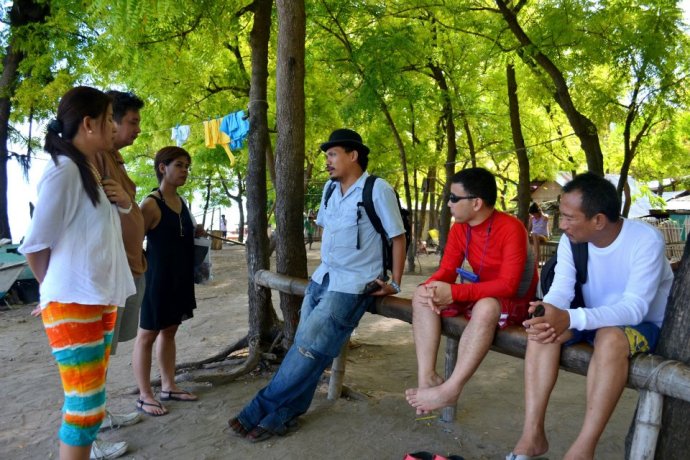 Then we head back to the sea for a Sunset Cruise. 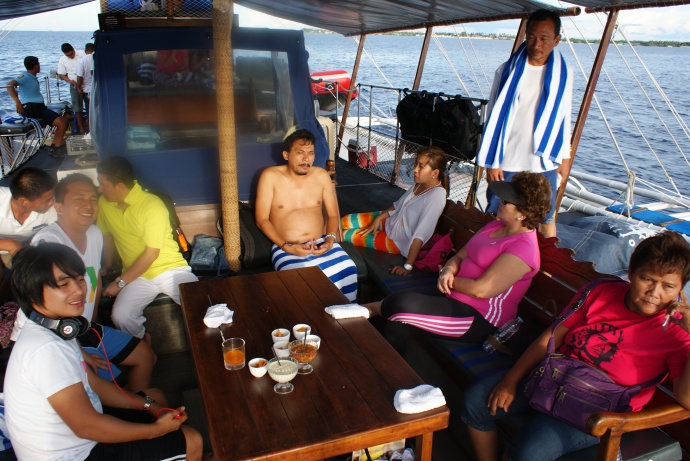 Engaging with the Lady Mayor  on varying topic from the problems in the Lapulapu tourism sector, to  the  Cross Dressing Festival of  the islander and mythical men of Mactan’s past. 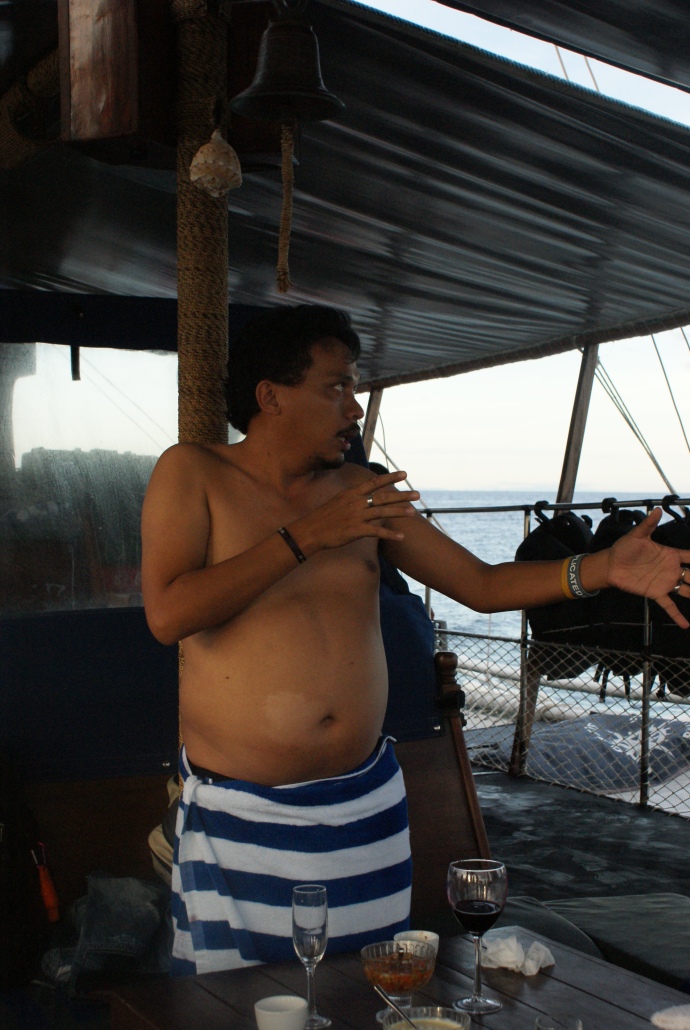 Standing to stress a point.
While the Lady Mayor is all ears 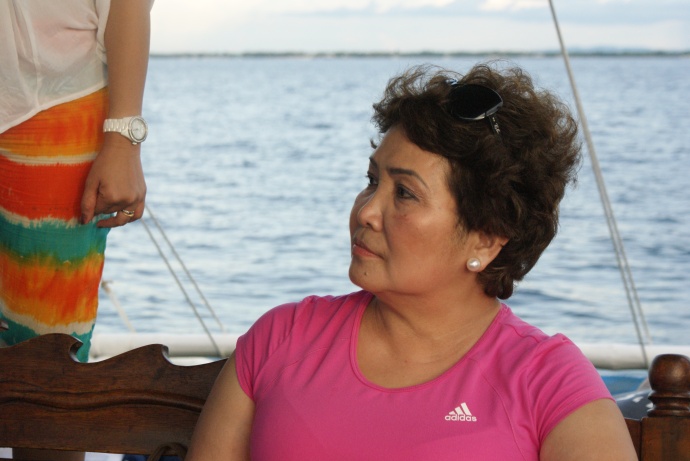 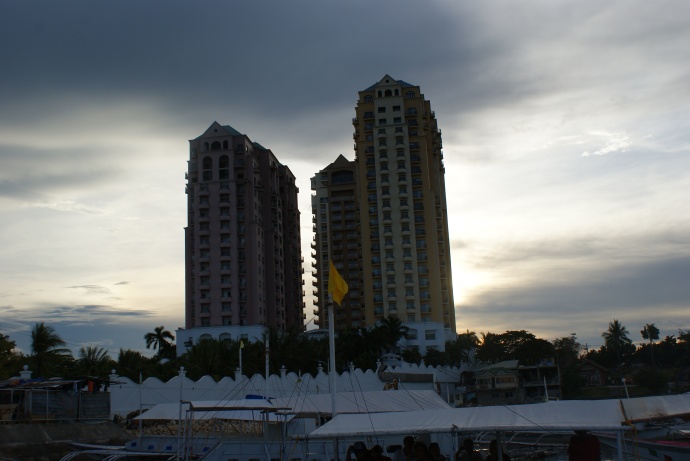 We went back to our room for a short break, we were asked to be at the Spa by 6:30 for dinner. Miong went for a swim at the pool, while i had a bubble bath, the toiletries is from Italy’s Cali Tarocco line, its very refreshing with extract of Sicilian Red Orange.
Dinner was marvelous…with me did most of the talking.
Then we had Movie under the star a unique movie experience only Movinpick can offer.
To be Continued…
http://www.moevenpick-hotels.com
Movenpick Resort & Spa Cebu
Punta Engano
Mactan Island
6015 Cebu, Philippines
+63324927777